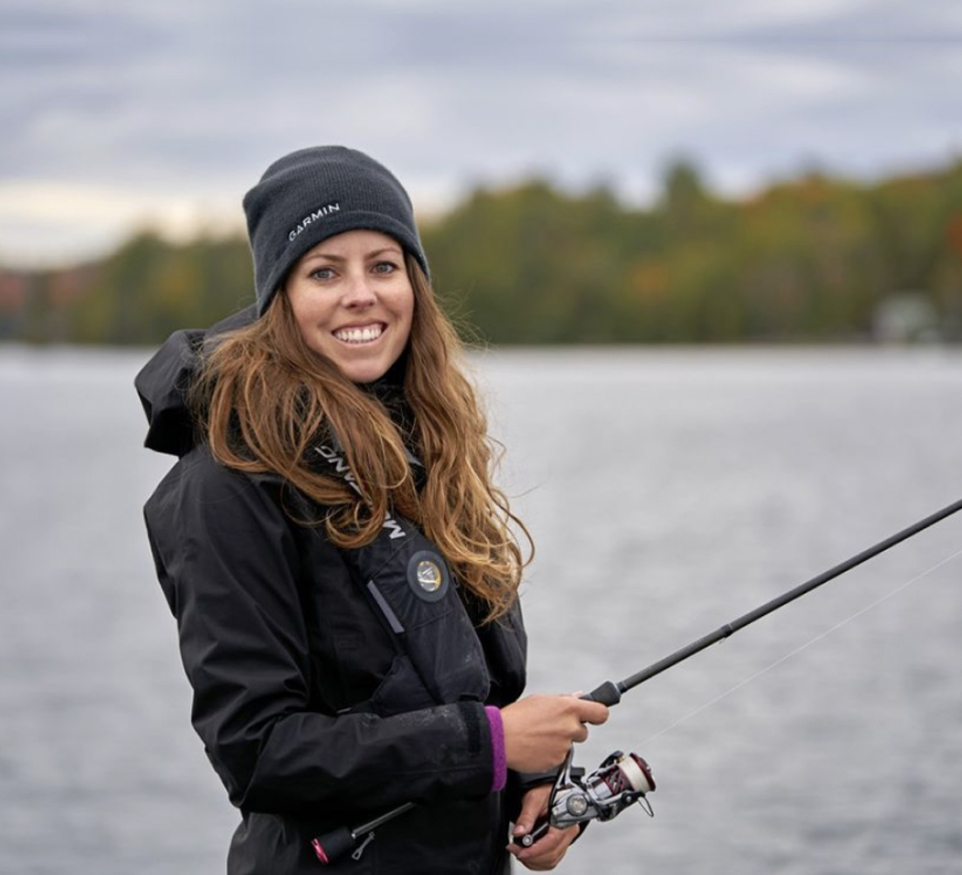 Ashley Rae is a full-time multi-species angler residing in Ottawa, Ontario, Canada. Although she did not grow up in a fishing family, Ashley fell in love with the sport at an early age through being introduced by a family friend.

Ashley created a blog titled, SheLovesToFish.com, in 2009 as a diary of her fishing adventures and has since grown to write for various publications and websites internationally. Ashley is very active on social media and enjoys connecting with anglers from around the world. She documents her adventures through her YouTube channel and has been involved in various video projects, appearing on fishing television shows on the World Fishing Network and beyond.

In 2016, Ashley was named as a “Game Changer” and “one of 11 outdoorswomen transforming the face of hunting and fishing” by Field & Stream Magazine. In 2018, Ashley and her friend Erik Luzak won the FLW Canada Cup on the Bay of Quinte, and then went on to represent Canada at the FLW Costa Championship on Lake Guntersville in Alabama, USA.